Patron members and a guest are invited to a “Chef’s Table Dinner” at The Union Club with Master Chef Arnaud Berthelier. The “Chef’s Table Dinners” are the talk of the town and sell out months in advance — this culinary experience has been scheduled specifically for the HBS Club Patron Members  and is an event you don’t want…

Evan Miller, President & CEO, Greater Cleveland Film Commission Miller returns to Cleveland after 15 years in the Los Angeles area working with film and television talent for two agencies. Evan has represented talent on Breaking Bad, Friday Night Lights, The Marvelous Mrs. Maisel, and other shows. He grew up in Orange and graduated from…

McMaster Carr is a 100+ year old industrial distributor that sells over 500,000 items to tens of thousands of customers in North America. The company is widely respected for its pioneering customer service. Join us for a unique opportunity to tour the impressive Aurora facility. Save the date – more information and registration coming soon. 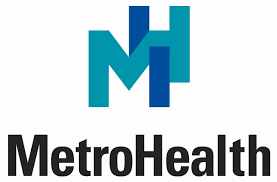 MetroHealth recently released their vision to be the most admired public hospital in the nation. Dr. Akram Boutros, President & CEO, will speak on the transformation of the MetroHealth System and the surrounding community.