Join HBS NEO as we honor the recipient of the 2020 Dively Entrepreneur Award:

Steve Potash, President and Chief Executive Officer of OverDrive, a company that he founded in 1986

The Dively Entrepreneurship Award is granted annually to an individual or company in Northeast Ohio based on the demonstration of substantial success as an entrepreneur or entrepreneurial company, a history of innovation in product development or service delivery, solid financial performance, and achievement of a position of significance in the market place.

Please plan to join us as we present the 2020 HBS Club of NEO Dively Entrepreneurship Award to Steve Potash including an interview by Claudia Weissman. 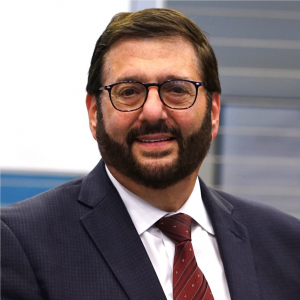 Steve Potash is President and Chief Executive Officer of OverDrive, a company that he founded in 1986. He also serves on its Board of Directors. As CEO, Steve leads an Executive Strategic Team focused on OverDrive’s vision to create a world enlightened by reading. Under his leadership, OverDrive has become the leading digital reading platform for ebooks, audiobooks and other digital media for libraries, schools, government agencies, corporate learning centers and colleges and universities worldwide. A true pioneer in the digital content and distribution industry, Steve was among the first to develop useful applications for digital books in the 1980s. He began his career offering innovative floppy diskette, CD-ROM and print-to-digital conversion services, and introduced early versions of digital books to the law, accounting and healthcare industries.
In 2000, Steve launched OverDrive’s flagship digital content distribution hub, OverDrive Marketplace, now one of the largest B2B catalogs in the world for institutional buyers of ebooks and other digital media in over 100 languages. Many of the world’s leading publishing houses rely on OverDrive to sell their premium content to a global network of more than 43,000 libraries and schools in 75 countries. Steve has been recognized by the industry with a variety of awards. In 2016, he was honored by the UJA-Federation of New York Publishing Division, and in 2011 he received the first Ambassador Award from the publishing industry at BookExpo America. In 2017, Steve also was honored as a Distinguished Alumni Award recipient from Cleveland State University.

A graduate of The Ohio State University and Cleveland-Marshall College of Law, Steve was a founding member of the Open eBook Forum (renamed International Digital Publishing Forum) and a contributing author for the industry standard ebook format EPUB specification. In addition, through his collaboration with federal and state agencies, Steve has worked extensively for improved digital media accessibility for the visually impaired.